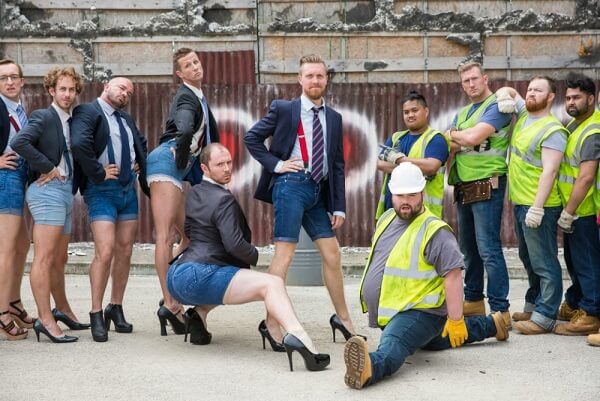 Comparison websites’ adverts are a bit like Marmite – you either love them and consider yourself to be sooooo MoneySuperMarket, or you hate them and everything meerkats stand for… Man, that’s a lot of British cultural references in one opening line. We’ve lost the Americans already.

But whether you like them or not, these adverts have become somewhat iconic. It’s like everyone is competing to come up with the craziest, most entertaining campaign – and it doesn’t matter if pole-dancing builders and comparison websites have literally nothing in common. It’s a well-known advertising tactic: just don’t mention a boring product, like insurance. Distract potential customers with CGI meerkats instead!

Now that MoneySuperMarket have released yet another kooky TV ad, it’s time to examine the (truly genius) branding of comparison websites – from meerkats, to James Corden and even Skeletor.

The ‘big four’ comparison websites – GoCompare, MoneySuperMarket, Compare the Market and Confused – are fighting a traffic war, where the more people visit their websites, the more chances these visitors have of converting into paying customers. Currently, MoneySuperMarket are dominating the other three, attracting almost twice as many visitors as them.

Funnily enough, MoneySuperMarket also attracted the most complaints about their advertising campaigns in 2016, with a total of 2,500 complaints, while none of the other three made the top 10. And if there’s one thing everyone knows, it’s that bad publicity is still publicity – a statement proven by the fact the company reported 20% growth in revenues for the fourth quarter of 2016.

Their new advert for 2017, featuring He-Man’s archenemy Skeletor, is already proving to be wildly popular; every comment under the YouTube video is filled with praise for the ‘best advert ever’ and ‘new favourite advert for 2017’. It’s ‘awesome’, ‘brilliant’, and of course – ‘epic’. Of course it’s brilliant. Nostalgia is one of the most powerful (and easiest) emotions to use in advertising. Others like Halifax are banking on this too, with their latest TV campaign featuring the likes of Top Cat, Scooby-Doo, and the Flintstones.

Okay, so MoneySuperMarket are pretty much killing the branding and advertising game at the moment. But let’s not forget the other big players, like Compare the Market’s Russian meerkats, who have become somewhat of a British institution. And, of course, the one who became known as the ‘most irritating ad’ of 2009 and 2010, GoCompare’s opera-singing Gio Compario. (Genius name. Genius!)

Basically, comparison sites are putting so much effort (and money) into advertising in order to make their ads as memorable as possible. Who cares if everyone hates Gio Compario, when they’ll have his song stuck in their heads for days? And anyone that wasn’t offended by a twerking, booty-shorts-wearing businessman probably goes to MoneySuperMarket first when they start looking for a new insurance policy. Or gets a cuddly meerkat toy. They’re useless, but so cute.

Come speak to our comparison experts and find out for yourself if they, too, wear mini-shorts and heels to the office. (They don’t.)